Skip to content
Finding our forever home, that was the ultimate goal.
If you have been following my story for awhile, you will know that settling in Ireland forever was never on my radar. As soon as I finished college and moved to New York on a Graduate visa, I got the taste of real world and knew that Ireland was never going to satisfy the hunger in me. I’ve always been a city girl, growing up in Krakow which is twice the size of Dublin and then some I knew I could never settle down in Kildare.
Arriving in Vancouver, during a snowstorm was never ideal, but hey that’s ‘one of the stories for the grand kids’ we said! (Days afterwards of course, NOT at the time 😉 ) We were very eager to get to know the city, the locals, the nature, do yoga on the beach with Lululemon, go on hikes, kayaks, camping. You name it and it was on our list! Anyone we met, be that Irish, Canadian or friends we had here they’d say “Wait until the summer is here, there’s nothing like summer in Vancouver”. We got settled, got our first crappy studio apartment, got our jobs (Landed those, lucky us. Read more about it here) and we waited and waited for the weeks of rain to stop (Ireland had that covered too!) and then the summer days started.
One day in March it was so beautiful I couldn’t believe it, people were wearing t-shirts or thin jumpers (and of course there was always one in flip flops or without a top – there always is.) It made me feel like home. By home I mean I felt like I was back in Poland in the spring, the sun shining, smell of fresh grass in the air and the cherry blossoms. That was the moment when I knew, I just knew that Ireland will not be my home; because Ireland doesn’t give me that feeling even after 16 long years. I don’t feel the happiness there, sense of belonging.
And then the Coronavirus talks started; I am obviously being very dramatic; as the news have been feeding us bits and pieces of information since early February when the world realized heck, this can actually leave China and can travel pretty quickly! 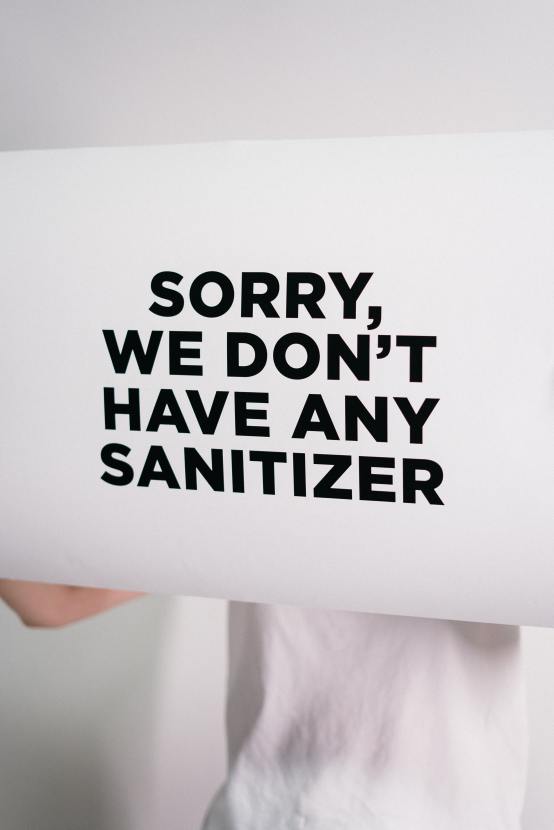 It felt like this dream that was granted, the fact that I finally made it happen, that I finally left Ireland behind me is going to be taken away from me. Literally. You know, if you waited for something for so long and now the most unthinkable happens, and all you can say is why now? why me?
But its not just me, is it? It’s the entire world. Everyone is affected and no one is safe, there’s nowhere to hide, not even in your mams arms, the one place where you’d feel safe since you were a child.
Then the newspapers had a field day out (they still do), playing their scare tactics, ridiculous article titles used as a click bait; the tabloids. And you know what newspaper I have in mind, I know you do.
As the whole world was falling apart, schools and creches were closing, libraries, cinemas and any entertainment centers soon followed; it felt like I’ll never get to live out my Canadian dream. Weeks later, it still doesn’t feel like I’ll get to experience any of it. But I am staying hopeful.
Hundreds and hundreds of Irish people went back to Ireland, due to lay offs, fear of not being able to live out here if they get sacked, get sick, with no family here and a handful of ‘friends’ made while over here or merely acquaintances. I guess I can say I am lucky, because I have my husband here, we are on the one team and unless we have an explosive row, the one can’t simply walk away from the other; it would however be entirely different if we were just dating. It is every man for himself.

Then the public bodies started their ‘official’ announcements, don’t get me wrong I know they have to do their job and protect their citizens as much as they can but what followed might as well be like a ‘mass eviction’. It was a scary, scary time where people who were uncertain about their status and future in Vancouver were advised to go home. What’s worse the handful of friends we actually managed to make before the “shit hit the fan” decided to go back to Ireland, either due to home sickness, visa ending soon or being made redundant and we really felt their departure. When you have no one, the ones you do are so much more valuable. And that feeling sucked.
This obviously wasn’t only the case for Irish in Canada, I’ve heard of the embassies all over the world urging their citizens to make sure they make the informed decision now rather than when it’s too late. Same applied to thousands of Irish in Australia and New Zealand, as I’ve friends over there. Decision to go back where you “came from” is not an easy one, as moving abroad is not quick, not simple and most likely not cheap.
What’s the worst, is that A. you’re lying to your family saying you’re fine and you don’t want them to worry about you, given the thousands of miles that separate you. They have enough to worry about and B. you’re trying to be strong for your other half, you’re both trying to convince one another you’re making the right decision by staying. You are also desperately looking for someone in a similar situation to see what they are doing and should you follow suit. It is genuinely like being a sheep. Ideally, you’d want someone with a definite answer to your worries. You want your job to say yes 100% you will not be laid off, you want the airlines not to cancel your flight if you do decide to go home because you MUST get home.

It is such a scary and unknown territory that even for someone like me, “What will be will be” suddenly that mantra isn’t enough. You are abroad, you’re a foreigner in a country where the government will look after their own first (and understandably so), you are paying thousands of dollars in rent a month, you’ve spent your savings on travel around British Columbia before you finally settled down in your new job THREE WEEKS AGO. Your financial safety net is gone, so is the possibility of having a regular income as generally last ones in are the first ones out.
So you stay in your apartment, spend your money on your weekly food shop ONLY and perhaps couple of cans of cider at the weekend, trying to build up your savings in case shit does hit the fan and you have to go back…. to Ireland.
Jo.